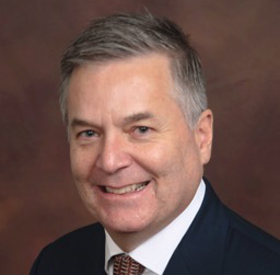 Tod Castleberry is a content and brand manager with more than 20 years of broadcasting experience in sports, news talk programming, digital media platforms and sports marketing. Specializing in:

In 2014, Castleberry was a consultant to Riggo on the Range, a TV show featuring Pro Football Hall of Fame running back John Riggins, which aired on the Discovery Communications’ Desti-nation America. Prior to Riggo on the Range, Castleberry was program director for WAXY AM 790 and FM 104.3 The Ticket Miami, South Florida’s top-rated sports station in 2012 and 2013. In revamping the station’s line-up and leading the conversion of the station from AM to FM, The Ticket achieved record ratings and revenue under Castleberry. In less than a year he built a brand-new morning drive show, The Hochman & Zaslow Show, which was a ratings success and deemed 49th best sports talk show in the country by Talkers Magazine. In 2013 he was se-lected to serve on the first-ever national ESPN Radio Advisory Board.

Before joining The Ticket in 2012, Castleberry served as co-host and executive producer of The John Riggins Show, a TV and radio simulcast in afternoon drive in Washington, DC. Other stints include Red Zebra Broadcasting (2006-2008), where he was vice president of program-ming and operations. He was responsible for all programming and technical operations for five stations as well as the Washington Redskins Radio Network of 26 stations. Prior to Red Zebra, Castleberry was the operations manager and program director of Sports Talk 980, WTEM as well as talk stations WTNT AM 570 and WWRC AM 1260. As WTEM operations manager for 10 years, Castleberry led the station to record ratings and unprecedented revenue growth. WTEM has been the launching pad for many successful shows that have gone into national syn-dication, including The Tony Kornheiser Show, The Steve Czaban Show, The Sports Re-porters with Andy Pollin and Steve Czaban, Kiley and Booms and The James Brown Show. Castleberry joined WTEM at its inception in April 1992 as the executive producer in charge of talk shows and weekend programming. Additionally, he was the executive producer of the Washington Redskins play-by-play broadcast and the Washington Redskins Radio Network (1992-1995).